Henry Filloux-Bennett has worked for organisations including The Lowry, Bill Kenwright Ltd, Theatre Royal Haymarket, the Royal Shakespeare Company, Nottingham Playhouse and HighTide Festival, as well as having produced independently. From 2010 to 2012 he was Artistic Director of the Old Red Lion Theatre in London, during which time the theatre enjoyed a West End transfer and a transfer off- Broadway.

As a writer Henry’s first play Wasted was produced at the Edinburgh Festival Fringe and was picked as Critics’ Choice by The Spectator. He subsequently wrote the world premiere stage adaptation of Evelyn Waugh’s Decline & Fall which was produced at the Old Red Lion, before writing Nigel Slater’s Toast in 2018.

In 2019 he joined the Lawrence Batley Theatre in Huddersfield as Chief Executive and Artistic Director. Most recently he wrote The Understudy, based on the novel by David Nicholls, which was adapted as an online play broadcast by the theatre in June 2020 to raise funds for the theatre industry, and starring Stephen Fry, Russell Tovey, Sarah Hadland and Sheila Atim. 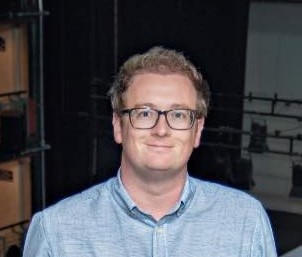 Henry recommended two plays:
Things I Know to be True by Andrew Bovell.
The Inheritance by Matthew Lopez.