Lucy Kirkwood is a playwright and screenwriter. Her plays include the acclaimed Chimerica, which dramatized in stunning visual stagecraft the relationship between China and America through the iconic photograph of the Tiananmen Square protests. The play won an Olivier award for best play in 2014, and was expanded into a four-part TV drama by Lucy herself.

Her next play, The Children, produced at the Royal Court in 2016 and directed by James MacDonald, is a thought-provoking and moving story of love and friendship set in an apocalyptic world following an unspecified environmental disaster, which unexpectedly has echoes of the pandemic we are living through.

Lucy’s play Mosquitoes starring Olivia Coleman and Olivia Williams was staged by the National Theatre in 2017. Mosquitoes combines a family drama with the science of particle physics, and is typical of the ambition, variety and emotional power of Lucy’s work, which explores large ideas and themes through moving personal stories.

In addition to her TV adaptation of Chimerica, Lucy’s screenwriting credits include The Smoke for Sky TV in 2008,and most recently the four-part series Adult Material, which followed a woman’s life in the adult film industry. 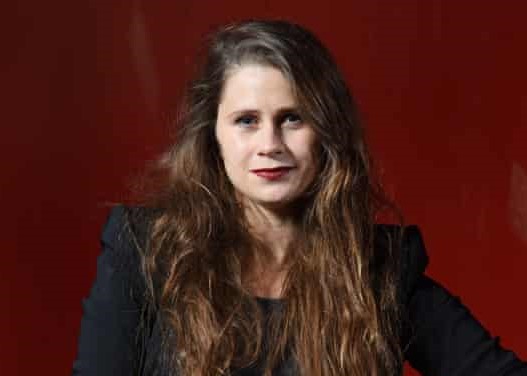 Photo by Christian Sinbaldi –
The Guardian