Dr Stephen Marino is the founding editor of The Arthur Miller Journal, which features essays on all aspect of Miller’s life, work, and career. It is published by the Arthur Miller Society, in cooperation with the Arthur Miller Centre at the University of East Anglia and St. Francis College in Brooklyn, where Dr Marino is also on the faculty.

He is also the former president of the Arthur Miller Society, and his work on Arthur Miller has appeared in many journals and essay collections. He is the editor and author of several books on Miller, including Death of a Salesman & The Crucible – A Reader’s Guide to Essential Criticism (2015), Arthur Miller’s Century, Essays Celebrating the 100th Birthday of America’s Great Playwright (2017) and most recently Arthur Miller for the 21st Century – Contemporary Views of his Writings and Ideas published in 2020.

When I contacted Stephen to ask him if he’d join me on the podcast his response was that “he never passes up the opportunity to talk about Miller!” 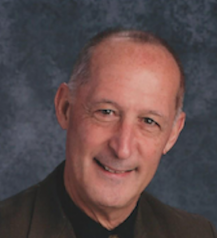 In episode 54 Steve recommended A View from the Bridge by Arthur Miller, and
Arcadia by Tom Stoppard.