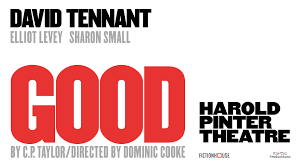 The Footnotes to our episode on C.P. Taylor’s Good include observations on Halder’s solipsism, his shameful betrayal of his friend Maurice, and how individual moral paralysis writ large can sanction a political crusade.

Halder’s solipsism
The play is essentially dominated by the single voice of John Halder. As Dominic suggested in the podcast, what we are witnessing is the dramatisation of Halder’s own memory, his mind in action as he tries to process and justify his past actions. His account is of course somewhat self-serving, though it is striking that we also witness how self-centred his behaviour has been. In the scenes that are recreated with other characters, he doesn’t really listen to anyone else – he’s trapped in his own concerns.

With the care for his mother, for example, he is mostly projecting his frustration at the burden that she represents to him. His involvement with the Nazi euthanasia programme and his mother’s care converge in the shape of the novel that he writes about her dementia that catches the attention of the Nazis. Although it is not made explicit, there is also a possible implication when we see his mother in the hospital for the last time that he may have volunteered his mother as a candidate for the programme. At least there is a psychological logic in his memory that associates them together.

In the arc of the play – his increasing participation with the Nazi agenda and his justification of that, is paralleled by the moral compromises he makes in his personal life. Beginning with his affair with the young student which leads him to leave his wife and children. He attempts to justify his leaving Helen because he says she is incapable of “relating to me as deeply and fully as I need.” His show of self-pity as he leaves his vulnerable wife is pretty odious. He won’t even be straight with her, saying that he won’t leave even as he is doing so. His betrayal is made even more egregious for her being less than fully capable of looking after herself and the family.

His self-interest is particularly glaring in his response to his friend Maurice’s predicament. When he visits Maurice at the beginning of Act 2 he’s more worried about how dangerous it is for him to risk visiting a Jew, and his not being able to continue to have comfortable time with his friend, than the plight of his so-called friend. When Maurice pleads with him to help him obtain an exit visa, he not only refuses saying, “I love him, but I’m not going to prison for him”, but he’s more interested in being able to use Maurice’s cottage in the country.

All of these responses are indications that he is in fact less “good” than he would believe. Maurice
In many ways the most shameful and heart-breaking example of Halder’s moral duplicity is his gradual and self-centred betrayal of his friend Maurice.

At the start of the play Maurice tries to rationalise the Nazi’s anti-semitism as no more than an election ploy, and that in practical terms the nation cannot afford to do without Jewish business and brains. At this stage Halder and Maurice are united in this view, reasoning that the “the racialist programme is not practical.”  They differ, however, in that Maurice also instinctively recognises that the Nazis are not rational; he outlines all of the logic, but then admits that instinctively he “can’t believe” that they don’t mean the worst.

Of course their initial reaction repeats the tragic trope that many people, including Jews themselves, kept under-estimating the danger; not crediting the worst possibilities that were being signalled. It would be hard not to believe that leaving Germany would be a disproportionate reaction, until it becomes too late. Maurice talks about how much he loves Frankfurt – he is German, born and bred.

As the pressure mounts on Maurice, it is tragic to watch Halder distance himself from his supposed friend. It starts with his joining the Nazi party, despite his knowing what they stand for. He attempts to justify himself by suggesting that he may be able to help “push them a bit toward humanity”, and promises that if he found that in fact the Nazis were “pushing us the other way”, he would get out. Pledges that are clearly futile or hollow.

In the first act Halder tells Maurice a story about how Beethoven wrote to Goethe in the last few days before his death asking him for some money, and Goethe ignored his letter. Halder’s disgust at Goethe becomes ironic as the story of Goethe’s betrayal prefigures Halder’s later refusal to help the desperate Maurice obtain an exit visa. Halder by now an SS officer, pleads to us: “I love him, but I’m not going to prison for him”. His hypocrisy becomes more and more reprehensible.

Halder does have a moment of self-awareness about his failing his friend. When they meet in the park because he cannot be seen to meet with him at their homes, he says “I know. This is not good. The shallowness of my feelings for the one friend I have in the world.” Though of course the realisation is itself shallow, because at the same time he admits that he is actiually keen to move into Maurice’s cottage.

Inevitably Maurice disappears. He comes to Halder some months later as the city burns in the pogrom of the Jews. It is not clear that this is not an imagined encounter, but it is the nadir of Halder’s betrayal of his friend as he attempts to argue that what has happened to Germany is the Jews’ fault. However else Halder may try to justify himself, he cannot convince us that he is a ‘good’ friend.

The neurotic writ large
I think that one of the themes of the play is that it is the moral behaviour of individuals that determines the quality of a society. The corruption of Halder’s individual goodness multiplied in millions of other individuals engenders and perpetuates the mass moral decline. Taylor evokes this idea by suggesting an analogy between the individual human body or mind and the body politic.

Halder himself confesses to being paralysed in his ability to make rational decisions. His moral and rational capacities are blurred by the inexorable moral pressure of the regime. He tunes out of the responsibility of confronting the truth because it is too big and too terrifying. In an imaginary dialogue with Hitler, Hitler argues that human beings are inherently unreliable because their complex central nervous system is subject to myriad competing forces. Halder’s state of mind that encompasses imaginary music is by definition, neurotic – there is a disjunct between his feelings and thoughts and objective reality. When Maurice complains that he too must be neurotic for not liking fellow Jews, Halder replies: “Another word for a human being, Maurice. ‘Neurotic…'”

Individual moral paralysis translates into general political hysteria. Halder asks if “the whole thing is a national nervous breakdown?” When will they all wake up? 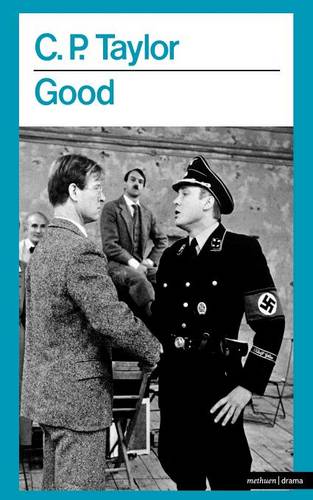 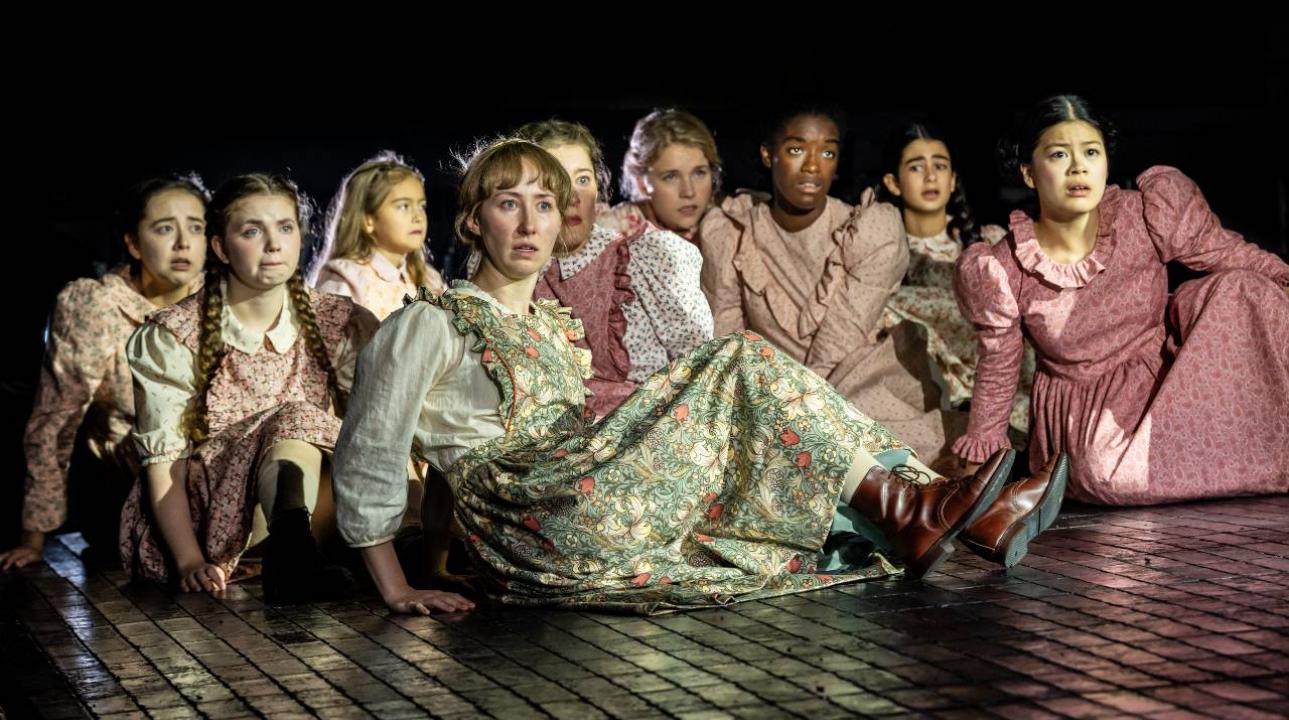