Simon Stephens is one of the most acclaimed and prolific playwrights of our time, whose work has been originated at theatres around in the globe:  in Germany, the USA, Japan, the Netherlands and of course here in the UK. He has authored more than three dozen plays including: Blindness, Heisenberg, Song from Far Away, Birdland, Sea Wall, Punk Rock,  Pornography, and Port to name but a few. He has also adapted classics such as A Doll’s House, The Cherry Orchard and The Threepenny Opera.

A number of his plays have premiered at the Royal Court Theatre in London, where he was a tutor for their Young Writers’ Programme from 2001-2005, and where more recently he has presented five series of the Playwrights Podcast, talking with some of the world’s greatest playwrights about their work. His memoir A Working Diary recounting the background to his writing and work in 2014, the year Curious Incident opened on Broadway, is an essential read for anyone interested in the theatre. Simon is Professor of Script Writing at Manchester Metropolitan University. 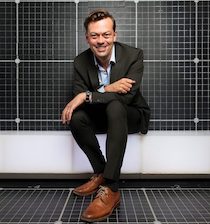 040 - The Curious Incident of the Dog in the Night-Time,…