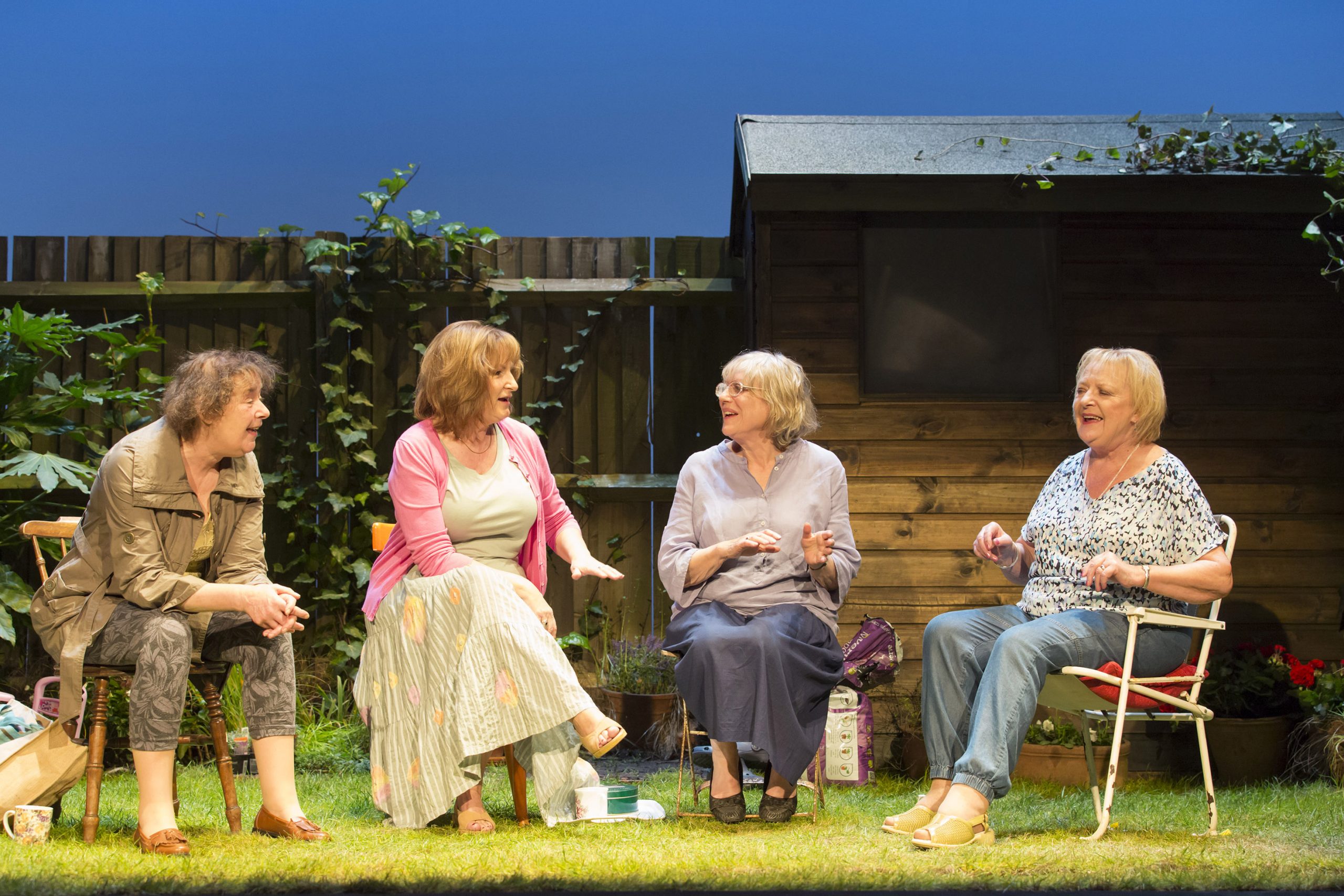 In our Footnotes to the episode on Escaped Alone I’ve shared some background on my experience filming the play with our local theatre group, as well as some further thoughts on Caryl Churchill’s uncanny prescience.

Filming Escaped Alone during lockdown
I am privileged to be a member of the play selection committee at my local amateur theatre club, and during the past 18 months it has been very difficult to plan future productions in our theatre. We decided that one way we could continue to make theatre happen in some form would be to stage a play in the theatre without an audience, and film the result for presentation online. We knew that with various lockdown restrictions in place we would have to choose a play that we could mount while complying with the legal and moral criteria in place. This meant choosing a title with a small cast – we might be limited to having no more than six people together during rehearsal for example; and that also required a relatively simple single set, and minimised the physical interaction within the cast. We selected Escaped Alone firstly therefore because with its cast of four sitting fixed in their garden chairs throughout it could be practically staged maintaining social distancing.

There were a number of other equally compelling reasons that we wanted to do Escaped Alone: the play offered four wonderful roles for older women, a fact that is probably unique on the stage; it also displays all of the challenging power as well as the humour characteristic of Caryl Churchill’s wonderful language; and finally, because of the extraordinary prescience of its vision of a world overcome by collective disaster. The play speaks to our fears about the future of the planet, as well as our personal anxieties, for example when isolated by age or the pandemic, while also offering some salvation in the strength of our community, as friends, neighbours or open-minded theatre goers.

When it came to staging the play our director, Daniel Wain, had the vision to realise that we had an opportunity to film the play not just as a record of a single theatrical performance, but as a film in its own right. This meant that we could shoot the production in multiple takes and with different camera angles and perspective, rather than as a single run-through. We hoped that this would  provide additional detail and texture to the dynamics between the characters, as well as an enhanced focus on the intense personal monologues that each of the women deliver. It also offered an opportunity to suggest a particular interpretation of Mrs Jarrett’s role as the messenger or narrator in the form of the play.

After weeks of rehearsal with the text via Zoom, in our gardens and finally in the empty theatre, we were ready to film. We spent a day constructing the set, and setting up the lighting, sound and camera infrastructure; followed by four long, intense days of filming to complete the 124-page shot list. The cast were phenomenally patient and professional, delivering funny, deeply moving performances, often many times over! It was an enormously rewarding, collaborative experience, which felt like an appropriately resilient and communal response to the challenge of the pandemic. One that we hope is also true to the spirit of Caryl Churchill’s prophetic play.

Teddington Theatre Club’s film of Escaped Alone will be broadcast online for five nights from 02-06 September 2021. Click here for more information and to buy tickets to watch. 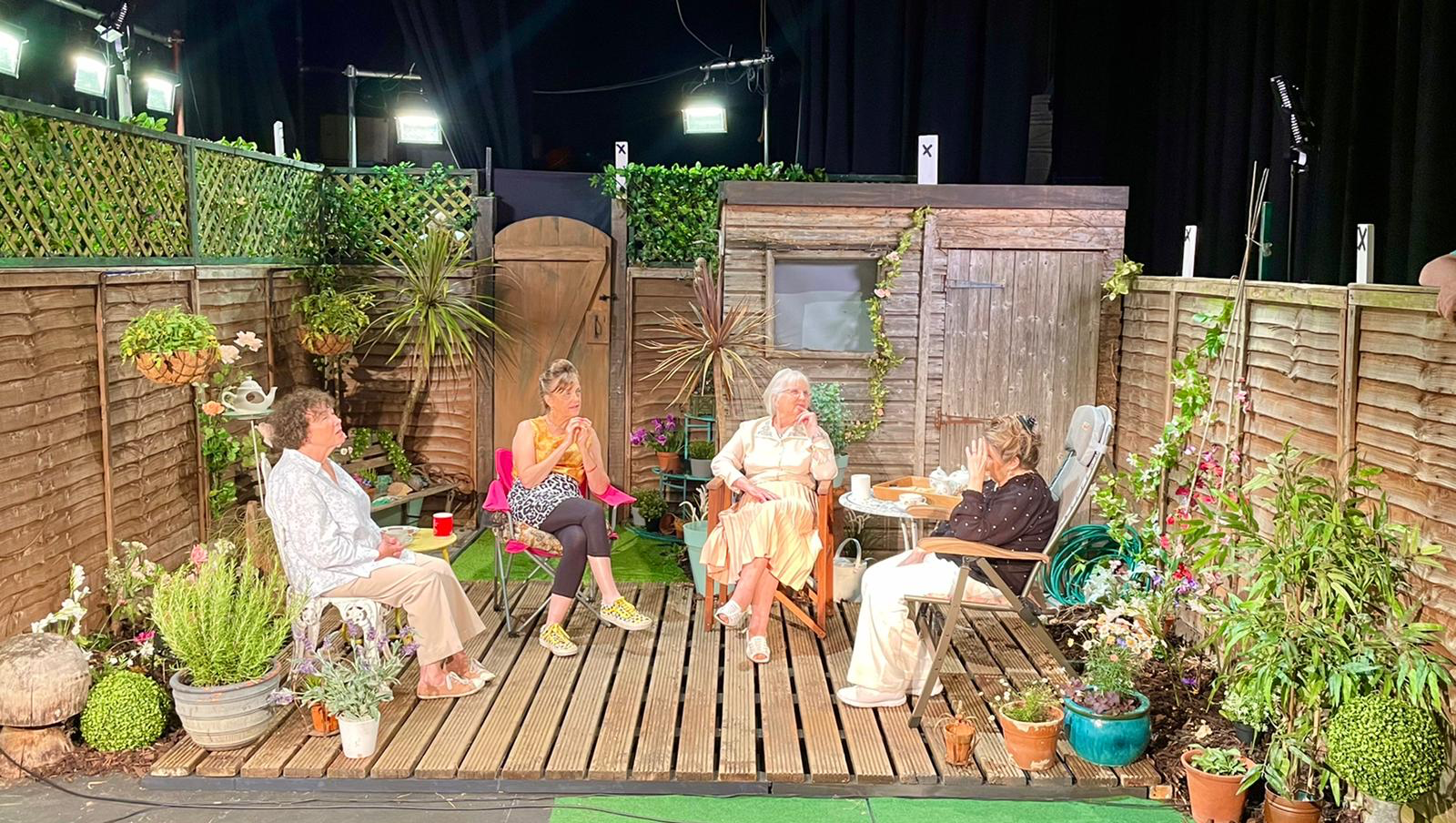 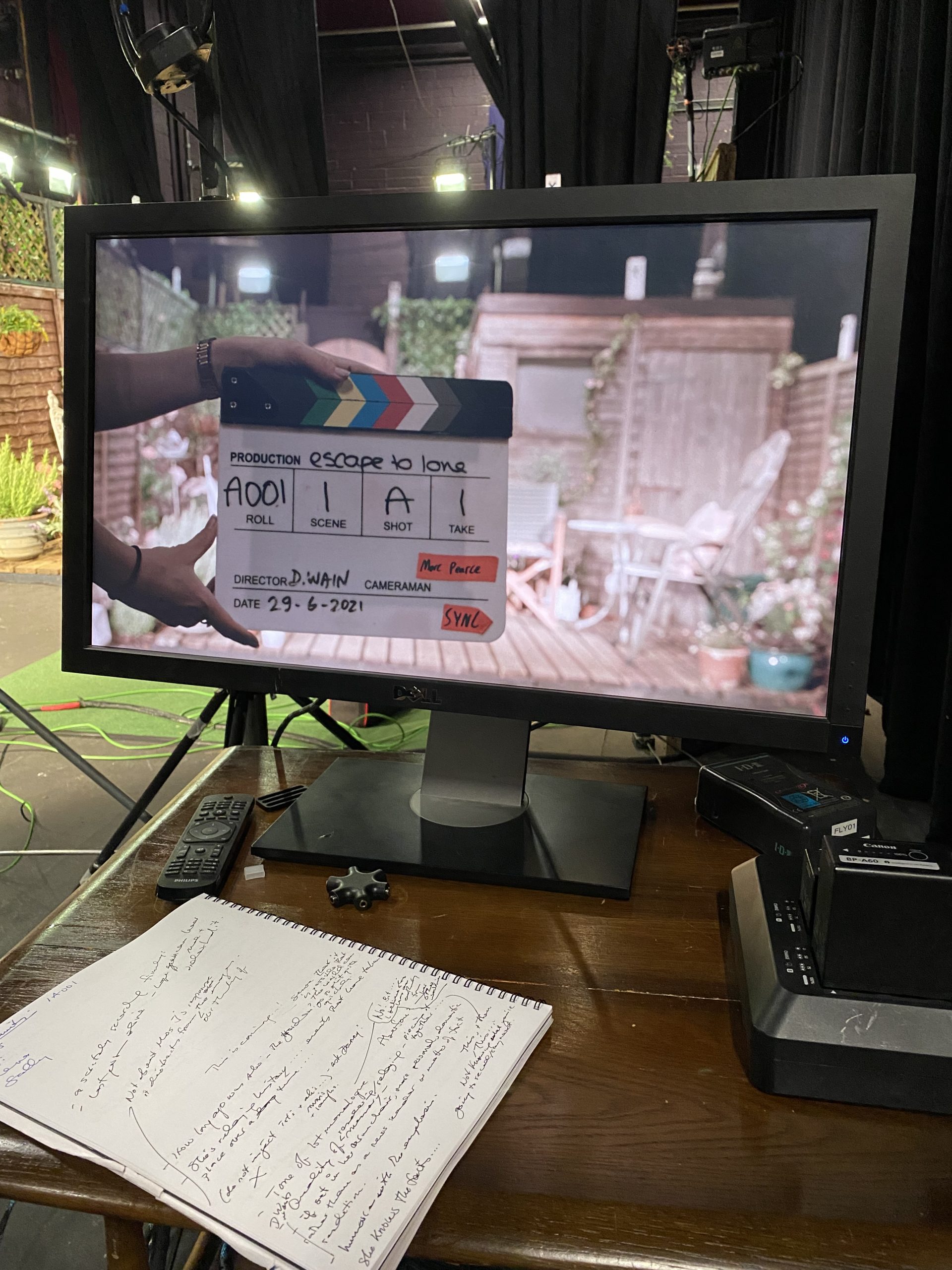 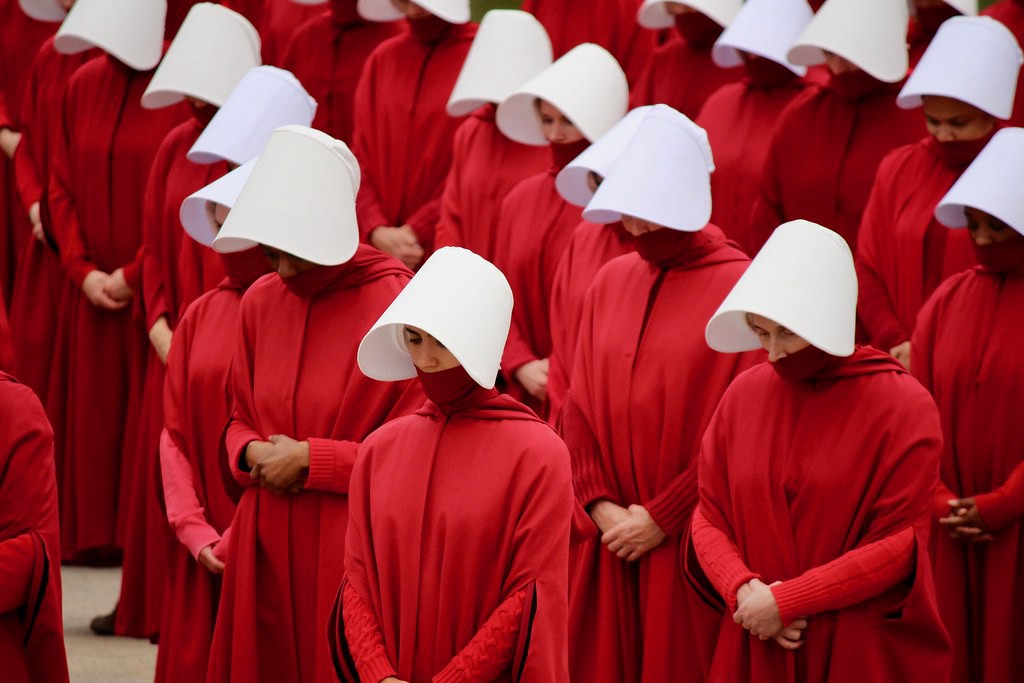 Prophesy
Elaine joked during our conversation in the podcast that if Caryl Churchill writes about something happening in the future in a play, that event will come to pass! It is impossible not to be struck by Churchill’s prescience in the pictures she paints in Mrs Jarrett’s monologues of a world overcome by environmental disasters, as well as by the violence and anarchy that may ensue when mankind fights over scarce resource, or law and order has broken down under the pressure of extreme events. Although the language or images she uses may seem too surreal to be true at times, the detail is so close to what we know that it feels that it could happen, or already has.

It reminds me of the extraordinary reality of another prophetic writer, Margaret Atwood, who famously said about her novel The Handmaid’s Tale that it contained nothing that hadn’t already happened somewhere in the world.

As Elaine also suggested Mrs Jarrett is like the messenger in Greek drama who brings truth the characters do not want to hear. I was reminded of the sooth-sayer Tiresias from Oedipus Rex and Antigone, for example, who despite his physical blindness is able to see and tell us unpalatable truths. Caryl Churchill is a sooth-sayer of sorts I think. 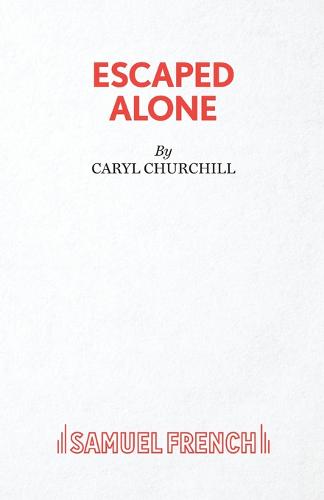