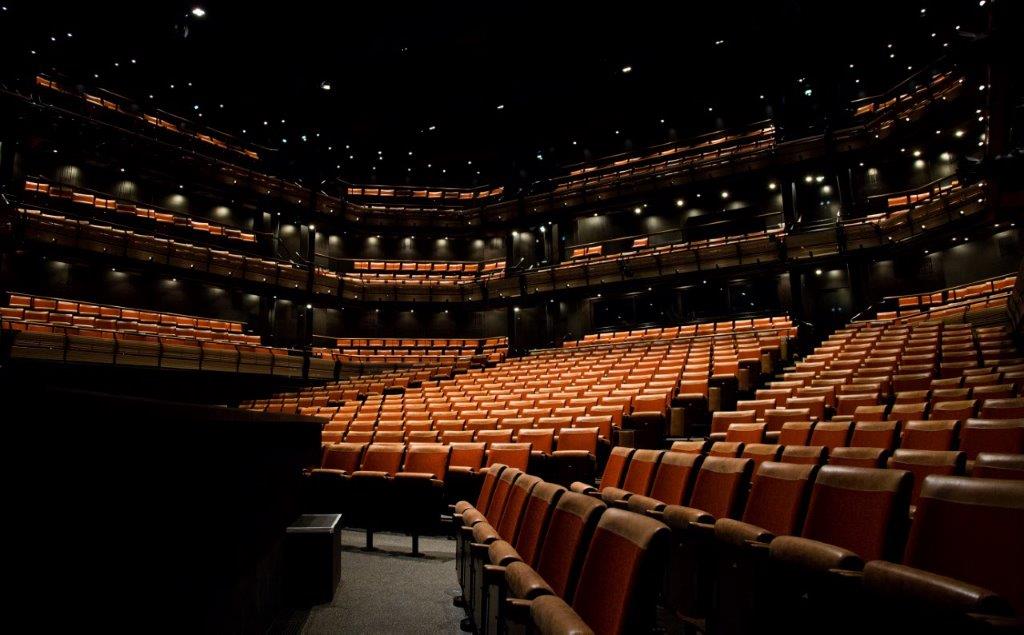 I am writing this at a time when the theatres are dark as a result of the inescapable threat of the coronavirus. My first reaction to the closure of theatres was an enormous sadness for all of the creative people whose current projects have been cut short – it is heart breaking to think of their energies being doused and hopes dashed. I hope that some will be able to resurrect their plans and share their work with us when the lights go back on.

My thoughts are also with all of the practitioners, companies and venues whose livelihood depends on actually making theatre happen, that they may come through the huge financial challenges to be able continue their creative careers and businesses.

As the days go by, I feel a big hole in my life where the theatre should be. What do we miss in our world when theatre does not happen? We miss the opportunity for positive collaboration – a process that in the creating and consuming together creates community. We also miss the emotional and intellectual experiences and education that we take away from witnessing other human beings act out what it means to be alive in our world. We can learn from reading plays and books of course, but nothing replaces the additional thrill of a shared live experience.

Although we cannot actually partake of this live experience at the moment I am hopeful that  our podcast may help bridge the gap until we can return to see plays brought fully to life. In the meantime we can read and talk about plays that we will be inspired to discover and see in the future. These plays will still be there for us to produce and watch for as long as we value the theatre.

I did manage to see three shows in March before the curtains came down. I very much hope that some of the shows that I had booked to see will have the chance to come back when the lights are back on. 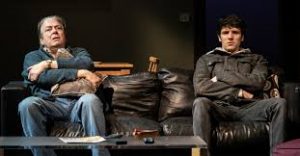 A Number by Caryl Churchill (The Bridge Theatre, 5th  March)

I am a huge admirer of Caryl Churchill’s imagination, as well as the wonderful precision of her language. She also has the capacity to produce intellectually provocative and emotionally moving work in plays that are less than hour in length: witness Far Away, Escaped Alone, and A Number, which premiered originally in 2002 and is revived here at the Bridge by Polly Findlay. The premise of the play is that a father (Roger Allam) has produced multiple sons through the science of cloning. He is forced to face up to the successive sons in their early twenties, all played in succession by Morgan, and each of whom carries the trauma of their origins differently. Allam and Morgan’s paired performances are precisely calibrated; Allam simultaneously conveying pain, guilt and defiance, and Morgan effectively  delivering the three variations of the son with his protean voice and physicality. The play itself is now less about the specific perils of cloning, and more about how our identities are forged, and the hopes and disappointments that fathers have for their lives and their sons, and vice versa. In this production I found the transformations of the revolving domestic set somewhat distracting and confusing. In fact, such visual clues are unnecessary to appreciate the professional performances here and Churchill’s stimulating play. 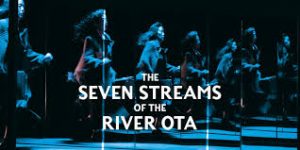 I have always been dazzled by the visual creativity and theatricality of Robert Lepage’s work. His use of audio-visual collage, along with music and inventive adaptable set design is theatre at its most expressive and multi-sensory. The fact that his epic seven-hour work The Seven Streams of the River Ota first premiered in Quebec in 1996 is a reminder how innovative his multi-media approach was in its time, no doubt influencing directors such as Ivo van Hove and Robert Icke. Lepage’s work usually comprises a sequence of visual set-pieces, held together around the threads of common cultural references and themes. In this case the impact of the US bombing of Hiroshima and the subsequent US occupation of Japan has unlikely echoes in the Theresienstadt concentration camp in the Czech Republic, connected by reference to Madame Butterfly. In other scenes set in a New York tenement in the 1960s and in Japan at various interludes throughout the post-war years, we are reminded of the personal price paid by individuals who are victims of war and prejudice. We are also reminded in the hilarious recreation of a Feydeau farce, the piercing beauty of Poulenc’s and Puccini’s music, and the dignity and power of Japanese dance and ritual, that art is a life-giver, an alternative to our collective and personal destructions.

Seven hours is a long time to spend at one show. I can only say that it passed much more easily than I expected. Lepage is confident enough not to rush things. We are seduced into the slow rhythms of Japanese rituals, and we are willing to let whole scenes unfold in a dream-like, real time. There were moments when I was frustrated by the banality of some of the spoken text, and wanted the story to reach its conclusion, but these were quickly overwhelmed by the constant invention and beauty of the staging. I’m very glad I had the chance to spend this time in the theatre before the stages went dark. It is a fitting testament to the joy and power of the medium. 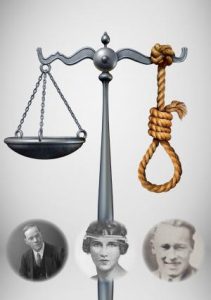 Cause Célèbre was Rattigan’s last play, written first as a radio play in 1975, and then for the stage in 1977. It’s central plot is based on the true life story of Alma Rattenbury, who was tried for the murder of her much older husband in Bournemouth in 1935. Alma had been having an affair with their 18-year chauffeur, who was eventually convicted of the murder. Alma committed suicide four days after the trial.

Rattigan uses the central story to explore the compulsions of sexual desire and social attitudes to its consequences. These are themes I think that he addressed more subtly and powerfully in The Deep Blue Sea. Here the portrayal is cruder, being both surprisingly frank for its time, and yet now very dated. Rattigan based the figure of the forewoman of the jury and her family on his own mother, reflecting her unhappy relationship with his adulterous father, and their legacy in his own troubled sexual life. This production at Hampton Hill was mounted by the Teddington Theatre Club, a flourishing local amateur group. It was a solid enough attempt, but the fact that I enjoyed the conventional court room drama most, points more to the lack of enduring truth in the emotional relationships in the play than to any shortcomings in the performances.

By way of some form of beacon for those shows that were not able continue this month, here is a list of the shows that I booked and hope to see sometime in the future: