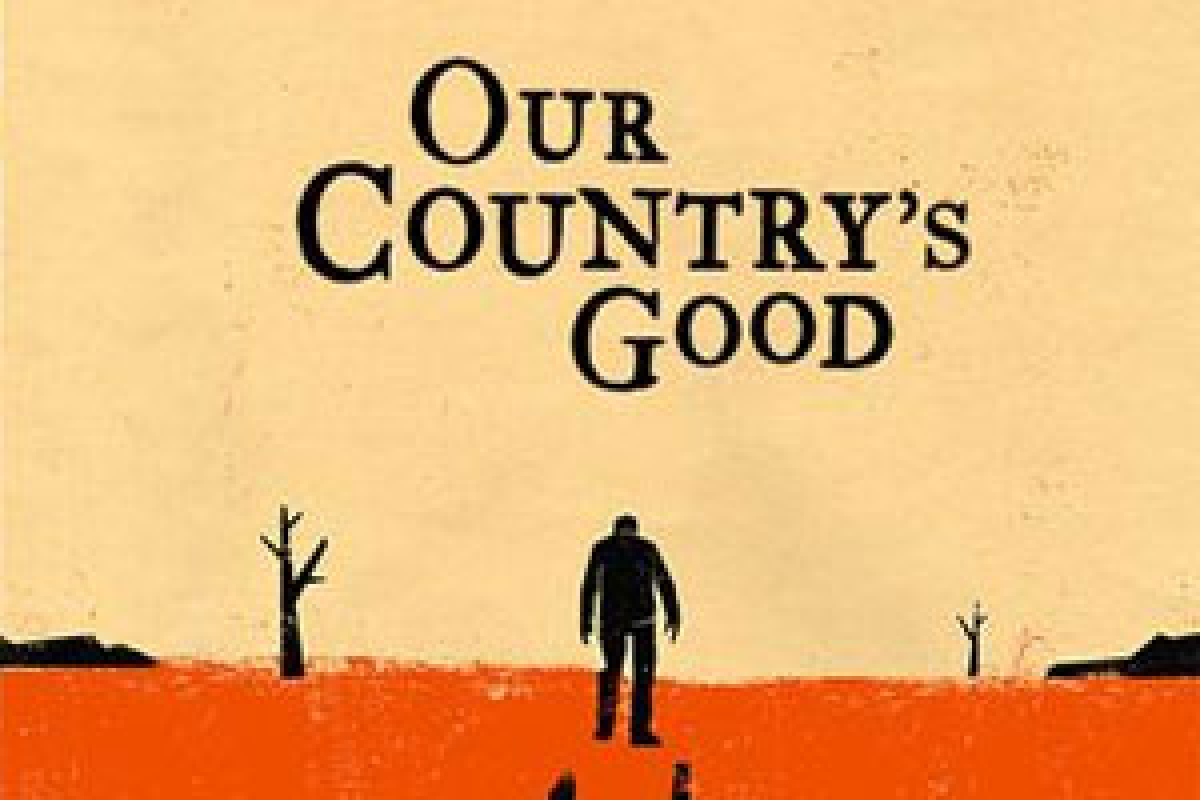 The Footnotes to our episode on Our Country’s Good include observations on the parallels with the play-within-the-play, The Recruiting Officer.

The Recruiting Officer
There is an additional richness in Our Country’s Good that comes from the parallels between its story and themes, and those in the play-within-the-play, The Recruiting Officer. The Recruiting Officer presents a satirical portrait of society in the country town of Shrewsbury, focussing particularly on the activities of several army officers whose mission is to recruit local men to serve in the army. Along the way officers don’t mind enjoying the hospitality of the local ladies, who in turn are seeking to recruit partners of their own. Although the play is a comedy of love and deception, like Our Country’s Good it also has serious things to say about social class, women’s position and prospects, and the realities of military service.

The many specific parallels between the plays begin with the simple fact that the Royal Marines sent to establish the colony in Our Country’s Good are of course recruits themselves. In fact a number of them do not appear to be happy that they have been selected for this challenging mission. By contrast to The Recruiting Officer, which is set in 1706 when the army were buoyed by a recent victory over the French, these officers have just suffered an historic defeat in America. It’s safe to say that morale is not high in the camp here. The fate of the convicts is also not dissimilar to the way that petty criminals were often impressed into the army – many are victims of trumped up charges or excessive sentencing.

Somewhat ironically the marines in Our Country’s Good express concerns about the specific choice of the play that the convicts are to perform. Ross and Tench, for example, are fear that the immorality of the officers on display in The Recruiting Officer could encourage insubordination or worse  in the company. The officers’ objections may partly be based on their understanding that The Recruiting Officer was notoriously candid in its references to sexual relationships, including overtones of homosexuality in the army, which may of course been too close to the bone for the service men.

Their assumptions about the immorality of the theatre may also stem from the historic view that actresses were commonly associated with being prostitutes – a connection which Major Ross makes about the prospect of the convict women being in the play: ‘Filthy, thieving, lying whores and now we have to watch them flout their flitty ways on the stage.”  Reverend Johnson underlines the point when he observes that his wife would certainly not entertain the idea of acting in a play: “My wife abhors anything of that nature. After all, actresses are not famed for their morals.” When the Reverend seeks reassurance from Captain Clark that The Recruiting Officer is a play that promotes marriage, there is further irony in the captain’s partial answer: “They marry for love and to secure wealth”, his failing to mention the other less salubrious behaviour of the officers.

The two plays literally overlap when characters in Our Country’s Good quote lines directly from The Recruiting Officer, and we cannot but draw parallels between the characters and the roles that they are playing. When Ralph and Wisehammer rehearse Plume and Brazen’s contest over Jack Wilful, for example, they are also enacting their own rivalry over Mary. When Arscott quotes Kite’s great speech about his being born a gypsy where he learned “canting and lying”, Dabby exclaims “That’s about me!”. The overlap is most strikingly felt in the magical scene on the beach where Ralph and Mary act out the exchange between Plume and Silvia dressed as Jack Wilful, when the force of their attraction all but overwhelms them and Silvia asks him to say “what usage she must expect under his command”. Ralph and Mary yield to the power inherent in the speech and consummate their love.

Our Country’s Good finishes with the opening speech of The Recruiting Officer. It’s a rousing, theatrical speech which promises a triumphant performance, triumphant simply because of the collective energy and purpose that have made it happen against the odds. 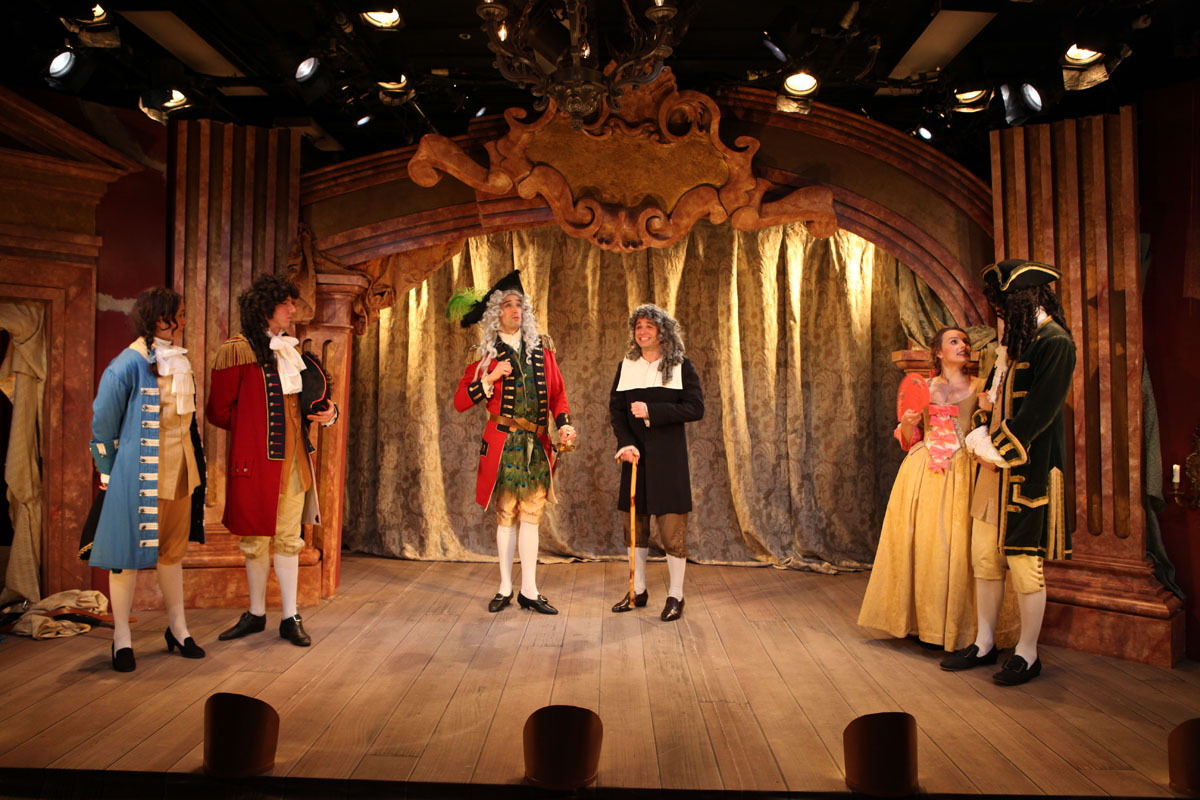 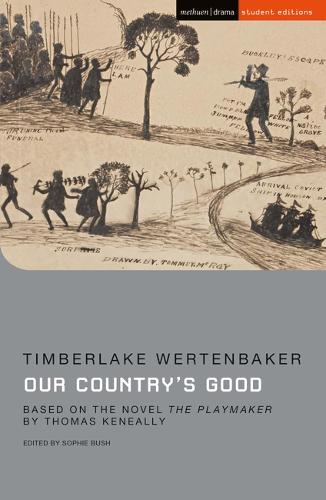 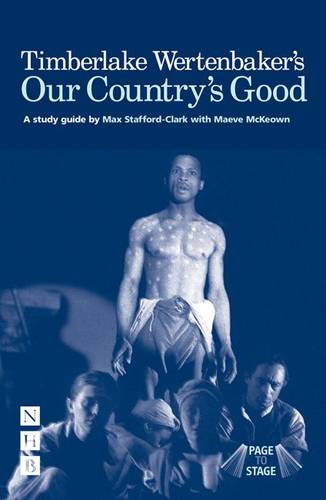 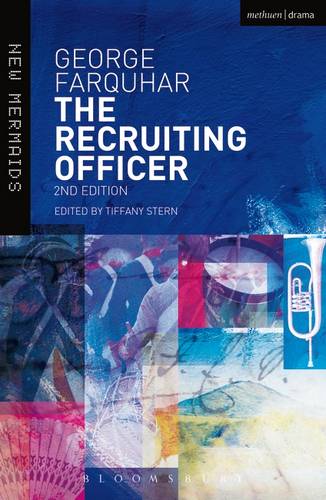