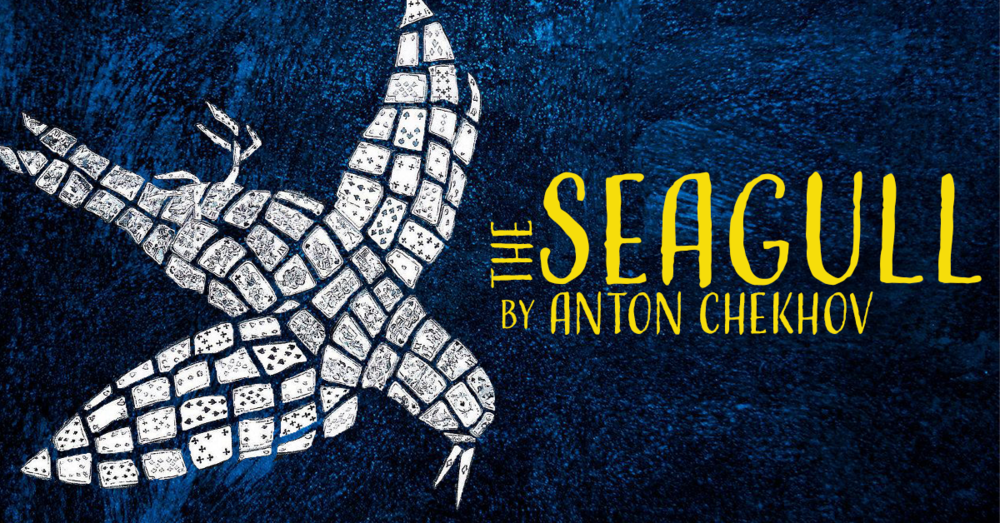 The Seagull
The Russian Arts Theatre
The Center at West Park
New York, 2019

The Footnotes to our episode on The Seagull include how the Moscow Arts Theatre adopted the seagull as their emblem, Chekhov’s active love life, the principle of Chekhov’s Gun, who is Masha’s father, and the comedy and tragedy of Konstantin.

The Seagull emblem
As we discussed in the podcast, the first production of the play in St Petersburg in 1896 was not a success. But the actor-producer Konstantin Stanislavski persuaded a reluctant Chekhov to let him mount a new production at the Moscow Arts Theatre. Their production in 1898 was characterised by an exceptional commitment to detail in the naturalistic staging and in the psychological motivations in performance. These were features that came to define Stanislavski’s influential methods, and the success of this production inspired the Moscow Arts Theatre to adopt the seagull as their emblem. I’m sure that they were thinking of the symbol’s association with artistic freedom, rather than any of the ironic interpretations that are also suggested in Chekhov’s play. 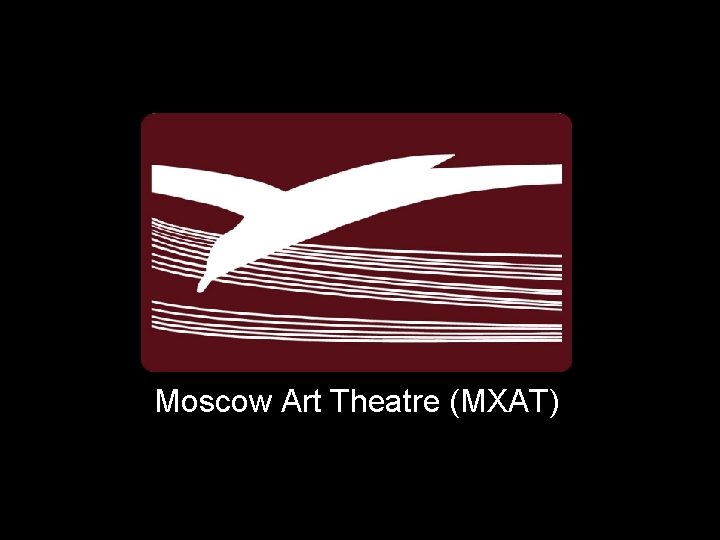 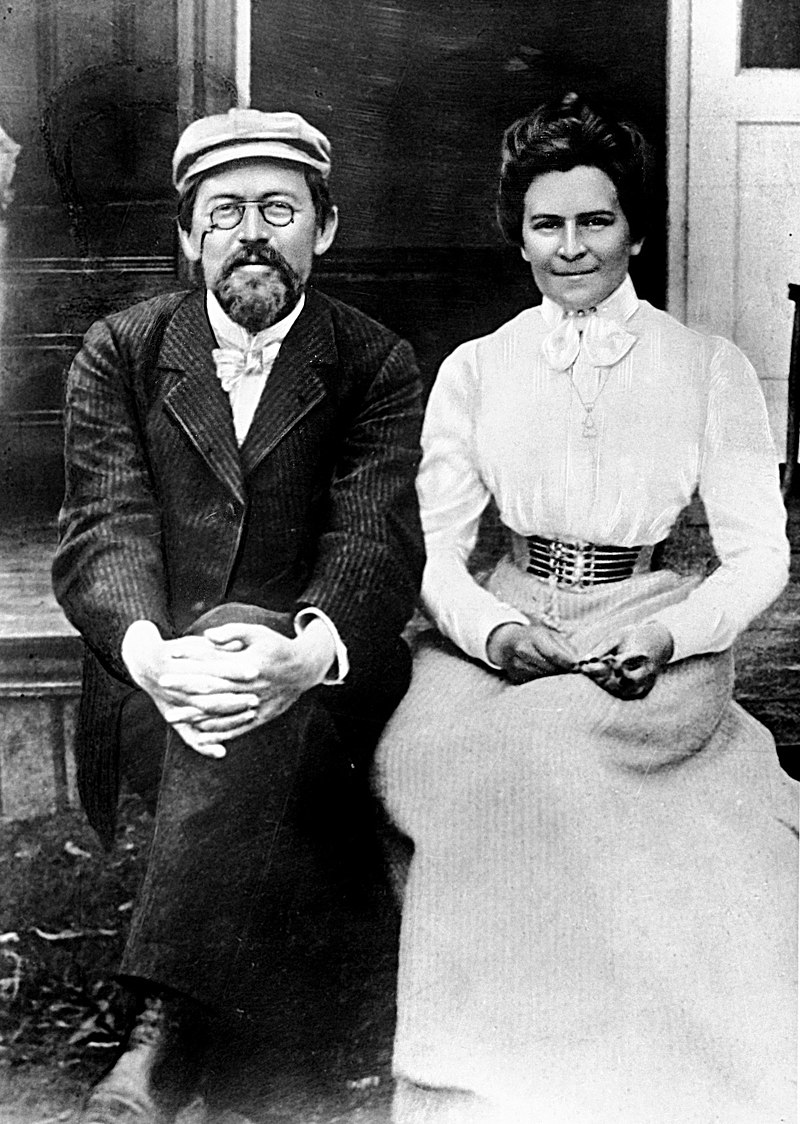 A lot of love
In a letter to a friend written while he was working on The Seagull, Chekhov listed “five bushels of love” as one of the ingredients of the play. As Doctor Dorn remarks there is certainly  “a lot of love” around. An interesting footnote associated with the play is that Chekhov himself married the actress who played Arkadina in the breakthrough Moscow Arts Theatre production of 1898. Olga Knipper went on to appear in all of Chekhov’s final great plays, playing Elena in Uncle Vanya, Masha in Three Sisters and Madame Ranevskaya in The Cherry Orchard.

According to his biographer, Donald Rayfield, Chekhov was in fact an inveterate ladies man, who had affairs with more than 30 different women before marrying Olga at the age of 41. It may be safe to assume that his fame as a writer offered him ready romantic opportunities. It is also not difficult perhaps to see something of Chekhov in the character of Trigorin in this regard. Until Olga Chekhov avoided making any binding commitments to the women he was involved with, despite many of them hoping for more.

Chekhov and Olga married secretly in May 1901, three years after the Moscow premiere of The Seagull. Biographers speculate that he chose to marry Olga when he did because as a doctor himself he was acutely aware that his tuberculosis would be terminal. They spent much of their short married life apart, Chekhov forced to remove himself to the warm south at Yalta in Crimea, while Olga remained in Moscow with the theatre. Their letters reveal that they both wanted to have children, and Olga did in fact miscarry a child in March 1902. In a twist worthy of the roundabout relationships in The Seagull, there is some evidence that Olga’s baby was not Chekhov’s. Such a lot of love indeed.

Sadly Chekhov died at the age of only 44 in 1904, scarecly three years after they married, and without any children. Olga worked with the Moscow Arts Theatre for the rest of her life, dying at age 90 in as late as 1959.

Chekhov’s Gun
Listeners may well be acquainted with the dramatic principle known as “Chekhov’s gun”. It suggests that every detail in a theatrical story must be necessary, so that if you introduce something into a play it must have a reason for beng there. The idea and label ‘Chekhov’s gun’ supposedly originates from advice that the writer would commonly give to young playwrights that went: “If in Act One you have a pistol hanging on the wall, then it must fire in the last act.” There is clearly an element of foreshadowing achieved with the carefully positioned prop.

Of course Chekhov was true to his principle in The Seagull, with Konstantin somewhat portentously bringing his gun into the action when he shoots the seagull in Act 1. Given his histrionic temperament, we are of course alert to the danger this may represent.

Chekhov was not the first to apply his principle. Hedda Gabler makes a point of showing her husband her father’s pistols in Act 1 of Ibsen’s play in 1891, and she makes shocking use of them in the end. I’m sure there are many more such examples in dramatic history, though it’s easy to remember the principle by calling Konstantin and the seagull to mind. 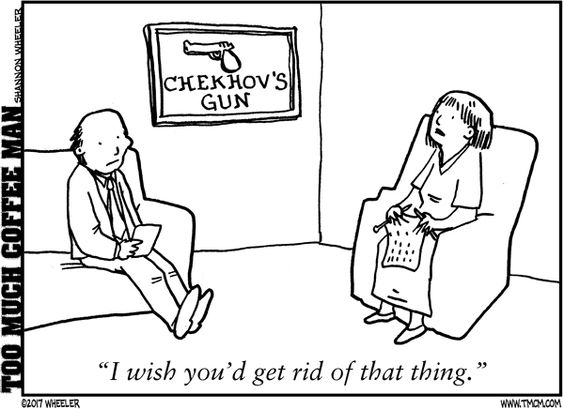 Cartoon by Shannon Wheeler
Too Much Coffee Man 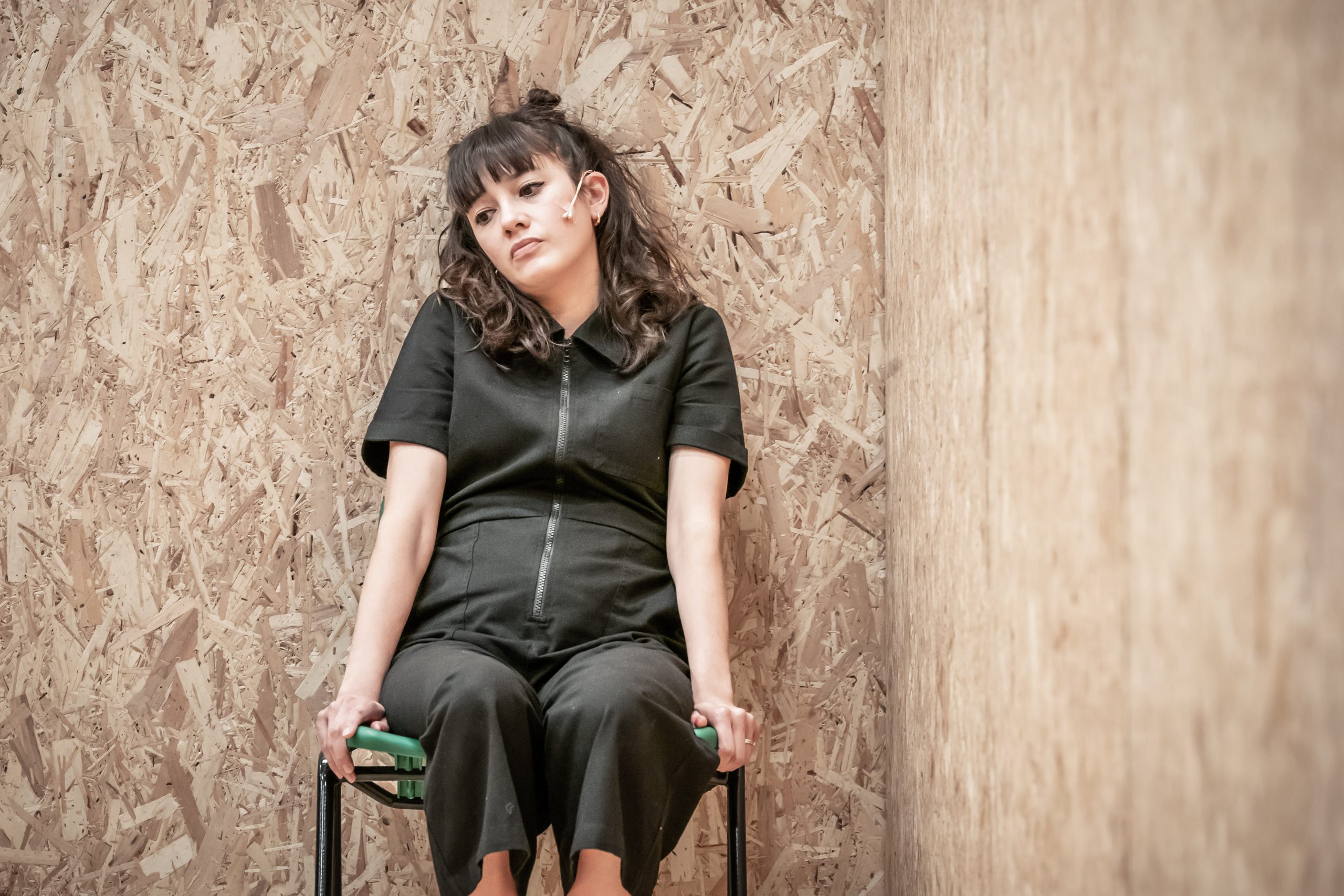 Masha’s father
During the podcast Dan brought up the idea that Masha may in fact be Doctor Dorn’s daughter, rather than Shamrayev’s. It’s a view that Michael Frayn suggested in the introduction to his translation of the play. Dan and I talked about several of the clues that could be taken as pointing that way: Polina and the doctor have certainly had a relationship in the past, which Polina is keen to rekindle. Shamrayev also treats Masha harshly, perhaps because he knows or suspects that she may not be his.

And there are two more small moments that may hint at this connection. When Dorn chastises Masha for her habit of taking snuff, his exasperation suggests a more personal concern than would naturally be warranted. He also grabs the box from her hand and throws it away, which is a surprisingly proprietary gesture. At another moment Masha is moved to confide in the doctor about her love for Konstantin, saying to him: “I don’t like my father…but you have a special place in my heart. I don’t know why but all my life I’ve felt that you were close to me.”  Perhaps the clues are not as hidden as one might think.

Konstantin
There is no better example of Chekhov’s uneasy mixture of comedy and tragedy than the character of Konstantin. There is no doubt that during the first two acts, and up to and including his melodramatic argument with his mother in act three, we are intended to find his literary pretensions and hysterical self-pity risible. The simple stage direction in Act 3 that Konstantin enters with “his head bandaged” is enough to affirm the bathos of his botched suicide attempt, and his idea of challenging Trigorin to a duel is equally ludicrous. His childish need for his mother to change his bandage is mainly pathetic, but when he finally breaks down and admits the depths of his misery, I think we may also be genuinely moved by his despair. “If you only knew! I’ve lost everything. She doesn’t love me, I can’t write anymore…I’ve lost all hope.”

Two years later, when he struggles to write, he understands more maturely what it takes to be a good writer, rejecting his zealous pursuit of new forms in favour of “writing freely out of your heart.” But everything he writes is “dry, stale and joyless”. His heart remains loyal to his hopeless love for Nina, and when his one last attempt to win her fails, he is lost, without self-worth or clear purpose, “Floundering in a chaos of dreams and images without knowing what or who it’s all for. I’ve no faith, nor any idea where my vocation lies.” We recognise, even perhaps feel, his despair, while at the same time still thinking that both his and Nina’s misery are self-consciously melodramatic.

The deliberately under-played conclusion of the play, when Konstantin’s successful suicide is barely registered, leaves the final balance between comedy and tragedy suitably unreconciled. 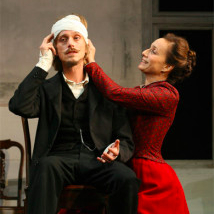 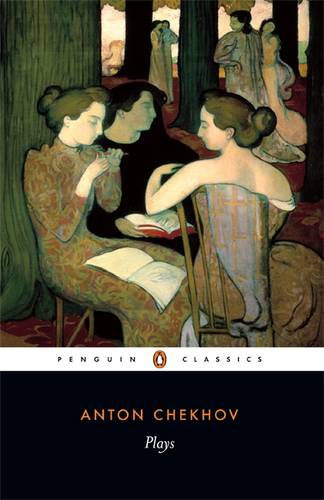 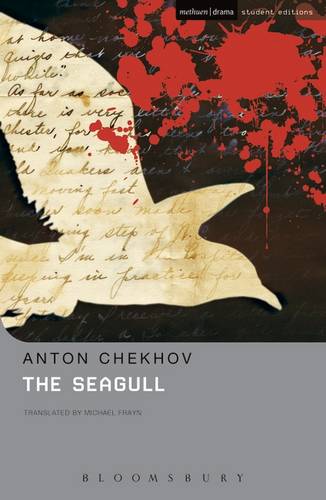 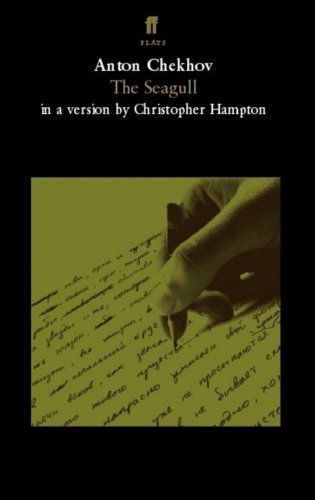 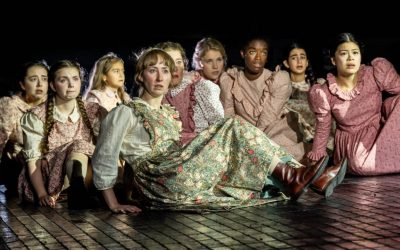 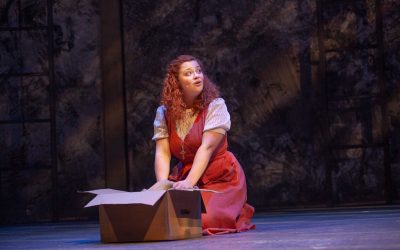