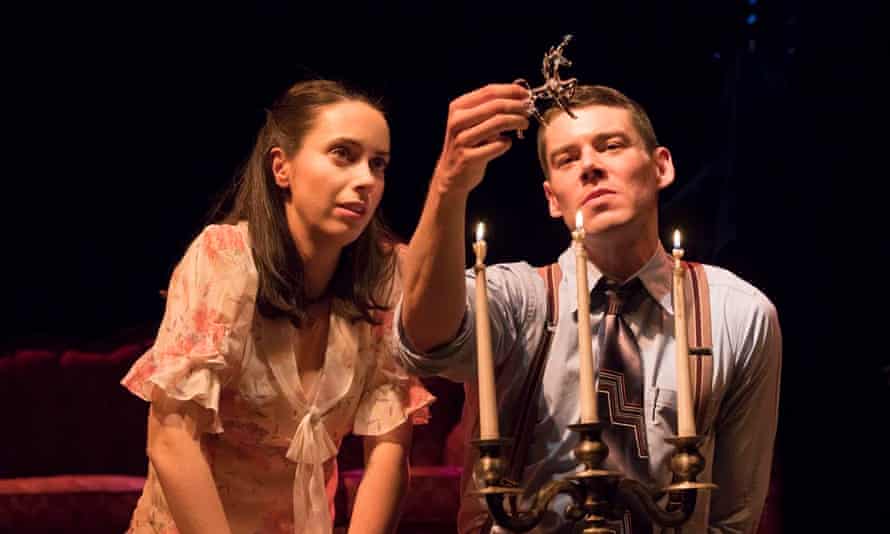 Our Footnotes to The Glass Menagerie include Tennessee Williams’ innovative ideas about lighting as an element of what he called his “plastic drama”; the endearing ambiguity of the character of Jim, the gentleman caller; the infinite distance of memory; and the explosive times the play was written and set in.

The Lighting
Tennessee Williams includes a lengthy paragraph in the Production Notes that preface the published text of The Glass Menagerie with observations on the use and importance of the lighting in the staging of the play. It starts with the statement: “The lighting in the play is not realistic. In keeping with the atmosphere of memory, the stage is dim. Shafts of light are focused on selected areas or actors…”. This approach to the lighting is all part of his deliberate intent to create a non-naturalistic form of theatre, which suits both the content of this play and his artistic method of imparting meaning. For the former the design expresses the flickering, subjective quality of Tom’s memory, which is the source of all that we see. The method represents his meaning in that Williams states that his purpose in his writing is to convey a “picture of my own heart” – an emotional truth. He conceives that this can be achieved by creating what he called ‘sculptural drama’, which is a more three-dimensional, sensory theatrical experience, that is not reliant solely or primarily on the words, but also on striking visual images and evocative music. The imaginative use of light can engender a “mobile, plastic quality to plays of a more or less static nature.”

The lighting in this play is certainly central to our understanding of its emotional truth and to the beauty that enraptures us. As Williams points out, for example, “the light upon Laura should be distinct from the others, having a peculiar pristine clarity such as light used in early religious portraits of female saints or madonnas”, or he might have added of the light that reflects off the figures of the glass menagerie itself. The candlelight that illuminates the climactic love scene between Laura and Jim evokes the dream-like softness of their fleeting moments of romance.

I imagine that this play must be a joy for lighting designers to work on! 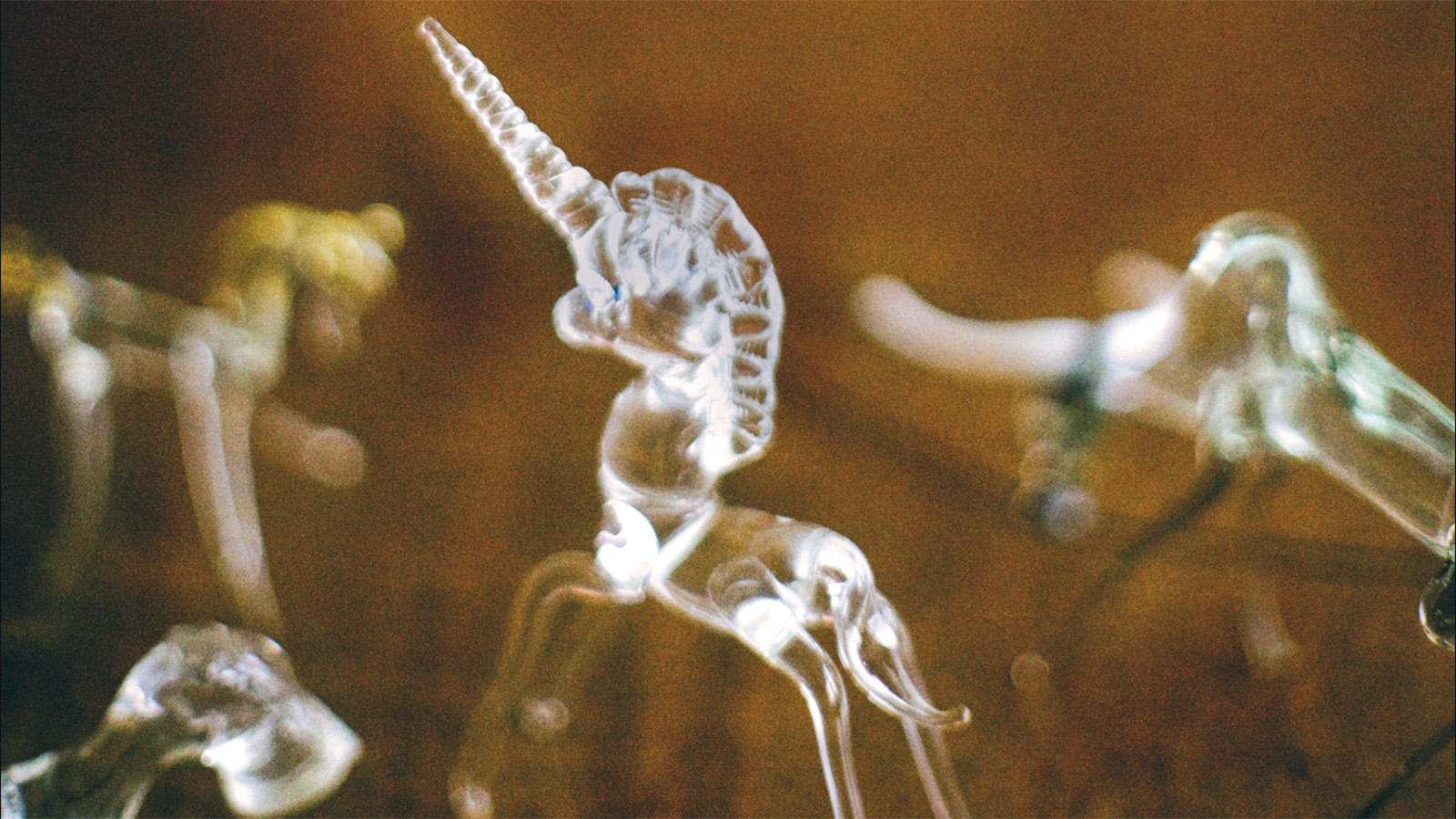 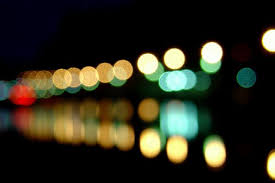 “Time is the greatest distance between two places”.
Tom’s final speech takes us back to the beginning, reminding us that “this is a memory play”, and that there is a great distance back to our past. Tom’s memories are full of pain and regret; regret that he cannot fix the past, especially for his sister Laura. The guilt he feels about his abandoning her haunts him – his memory won’t let him go. “I tried to leave you behind me, but I am more faithful than I intended to be”.  He seeks any diversion that will allow him to escape the memory of her: “anything that can blow your candles out”. His final plea “Blow out your candles, Laura” is to ask her to finally leave him alone.

All of the characters in the play fail to bridge the distance to their past in a way that allows them to truthfully connect with their present. Amanda’s memory of her romantic past is overshadowed by the reality that she chose the wrong man with disastrous consequences. Laura has a false memory of herself at school, over estimating the notice that others made of her disability, tragically inhibiting herself. The whole memory play affirms the impossibility of our accurately reconstructing our past. As Williams tells us memory is “non-realistic”; it is “seated predominantly in the heart”.

The gentleman caller
The character of Jim, the gentleman caller, stands out in the play for apparently being from a different mental landscape than the members of the Wingfield family. As Tom describes it, he is “an emissary from the world of reality that we are somehow apart from”; “a nice ordinary young man” as the playwright succinctly puts it in the character notes. In simple terms he does largely represent the outside, material world: an all-American high school success, focussed on self-improvement and conventional career ambitions; an advocate of the American dream built on “Knowledge!…Money!…Power!”.

However, Jim’s program has not gone to plan so far. He hoped that he “would be further along” by this time. And this is what gives Jim the depth as a character that impels his connection with Laura. His sense of disappointment is the common ground he recognises in Laura. As Williams said “If you write a character that isn’t ambiguous you are writing a false character, not a true one.”  Jim is not just a cipher for the American Dream or ‘normal’ world. He does in fact connect the Wingfield characters to the real world, not just by his presence, but by showing us that “everyone has problems”, as he puts it. The Wingfields are not the only freaks living with illusions and self-doubt; we are all freaks.

His culpability in his raising and dashing Laura’s hopes is also all the more compelling for being ambiguous. His impulse to reach out to help her is clearly genuine, as are the feelings he responds to. As John said so convincingly in our conversation, “he falls in love”. And we are shown by contrast that his relationship with his fiance, the prosaically named Betty, is one of contrivance rather than passion. But he is at best self-centred and naive in his setting out to try to make an emotional connection with Laura, as suggested by his ironic claim that he “can analyze people better than doctors…I can sure guess a person’s psychology”. He does have some intuition of Laura’s pain, but he underestimates the stakes and quickly gets in over his head. Do we blame him for lacking the nerve or integrity to change the course of his life with Laura? Probably not. In the end I think we cannot but join Amanda in wishing him luck. He is just another unicorn without a horn. 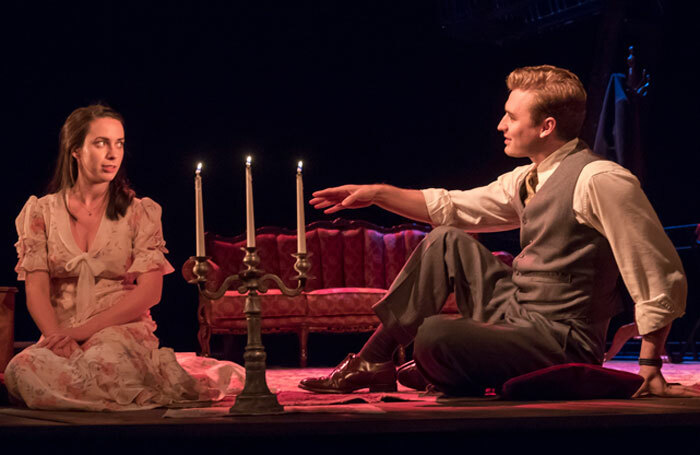 Kate O’Flynn as Laura and Seth Numrich as Jim
in John Tiffany’s production in Edinburgh in 2017
Photo: Johan Persson

The play in its time
As we learn from Tom the play is set sometime around 1938-9. He makes specific references to Picasso’s painting of Guernica, painted in 1937 following the indiscriminate bombing of the town by Nazi war planes allied with General Franco in the Spanish Civil War, and to Neville Chamberlain’s appeasement of Hitler in September 1938. At the time the play premiered in 1944 Tom would have been speaking to the audience from the vantage point of the war that followed from these events, and which America was now engaged in.

Tom’s references to Guernica and Chamberlain carry some moral judgement, his implication being that America and the Allies were fatally complacent in their responses to Hitler or Franco. At the same time he is telling us that it is art, such as Picasso’s, that draws attention to the truth. Tom refers somewhat elliptically to the explosive changes in the world that the characters don’t see coming, although of course the audience will know what he means when he concisely and poetically identifies the impending change as being “caught in the folds of Chamberlain’s umbrella.” The cataclysmic world changes that Tom describes are aligned with his own youthful urge for adventure. The war is somehow “compensation for lives that passed like mine, without any change or adventure.” A time when “adventure becomes available to the masses”, as he says to Jim.

It’s a naïve idea about war as adventure, indicating perhaps the depth of Tom’s desire for change in his life, and in the society around him. Williams himself propounds an idea of himself, Tom and the artist as exceptional individuals who will distinguish themselves from the masses and lead more truthful and energetic lives. His view of the masses as stuck in their impoverished lives for lack of initiative is suggested in the description he gives of the Wingfield’s tenement building:
“It is one of those vast hive-like conglomerations of cellular living units that flower as warty growths in overcrowded urban centers of lower middle-class population and are symptomatic of the impulse of this largest and fundamentally enslaved section of American society to avoid fluidity and differentiation and to exist and function as one interfused mass of automatism.”

But has Tom’s bid for adventure, to distinguish himself, succeeded? In fact he “didn’t go to the moon”…he only “left St Louis”. The picture we get is of his drifting, swept along “like dead leaves”. In fact as he addresses us in 1944 he is wearing a sailor’s uniform, and as he tells us “nowadays the world is lit by lightning”. Perhaps he is about to find the adventure he seeks. 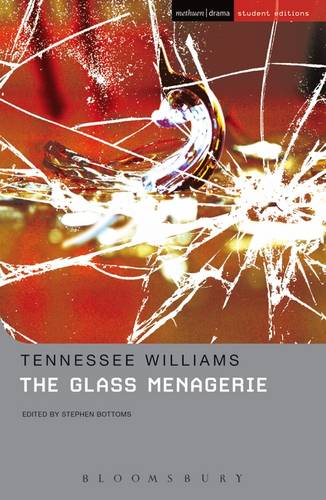